Ideal for: aspiring architects and building conservationists inquisitive about how our spaces can both reflect and shape how we live

Shape society through your creative vision.

Through this architecture degree course, you will take inspiration from art, philosophy and technology to explore the spaces and places we inhabit. With access to gold-standard facilities and the highest-calibre teaching, you will develop your own creative vision by exploring the role architecture plays in shaping our society.

Why study this architecture degree?

Revolutionise the fabric of our society

From private buildings to public spaces, architecture plays a crucial role in the fabric of society, shaping our towns and cities and influencing how we live, work and play. It’s a field in which your create visions can make a huge impact on our everyday lives.

In graduating from this esteemed architecture course in London, you will possess multidisciplinary knowledge and vital transferable skills, which will prepare you for a career within the many threads of architecture. These include: urban design, housing and office design, planning, building conservation, architectural heritage and community development.

During the three-year degree in architecture, you’ll learn through a mix of problem-based outcomes, design studio tutoring, workshops and traditional lectures. Ultimately, you will discover your architectural vision, refine your design skills and emerge with a sophisticated portfolio of work, so you can stand tall in the global architectural marketplace.

This course has been accredited by the Architects Registration Board (ARB) for the purpose of a Part 1 qualification.

One of the main things that appealed to me about Ravensbourne was the collaboration and the opportunity to learn multiple disciplines whilst on the course. Ravensbourne was different as the architecture course gave us a vast range of topics to study under, from masterplanning, interior, product design and live projects”

You will build prowess in architectural computer graphics and the basic principles of structure and design, as well as basic research skills.

You will begin to think about professional enterprise and angles on problems that occur in the built environment. We encourage students to start thinking about their contextual studies research.

In the second year of this degree in architecture, you will gain a greater understanding of urban design, branded environments, rehabilitation projects and the history of the city. This will allow you to enhance your practice and develop your approach to design work.

We set briefs that will encourage you to collaborate with other students and create work as part of a design team.

You will bring your learning together in a final negotiated major project, where you will investigate and make architectural design decisions. You will also carry out a negotiated project which takes the form of a live brief.

Furthermore, we ask students to show their contextual studies research and thinking in a long-form dissertation. You will leave with a portfolio that showcases your enhanced skillset in the various strands of entry-level architecture.

Students will be expected to have five GCSEs (grade C/level 4 or above) or equivalent (including English), and hold at least one of the below or equivalent UK/international qualifications.

Students should ideally have a background in art, creative media or design. Applicants are expected to submit a portfolio of work which shows a range of their skills and demonstrates why they would be a good fit for the course.

We may also consider a combination of portfolio and academic qualifications and take into consideration progress made during studies and/or relevant work experience.

Please note: direct entry into year three is not available for this course.

Simply select and click your chosen start date and mode via the 'Apply now' dropdown at the top of this page, and you will be directed to the appropriate page inside the UCAS portal.

The entry requirements for this course are found in the above accordion item. You will also need the course UCAS code, which is located in the course overview module near the top of this page.

The UCAS website will guide you through the process, which is simple and easy to complete. You can also apply through your school or college using the UCAS Apply system.

Learn more: how to apply for an undergraduate degree course

We are looking for creative candidates, interested and wishing to pursue a career in architecture, urban landscape, interior architecture and different interactions around space and the built form. Our set of courses work together and will allow you to discover what pathway suits you best.

This is the beginning of your journey. Our priority is understanding if these are the right courses for you to develop your own professional voice. Show us why you want to join our creative and exciting community.

The portfolio should provide evidence of your creative interests, whether it be in the form of drawings, sketches, graphic design, photography, video, film, animation, fashion, products, paintings, sculpture, models or assemblage, which shows your creative impulses and responses. It is a demonstration of the diversity of the applicant's creative interests.

This page offers great tips for completing your portfolio/showreel and preparing for your interview. It also details our specific requirements.

Successful completion of this degree course can lead to postgraduate study in Master of Architecture (MArch).

The course will provide students with multi-disciplinary knowledge and vital transferable skills across the following strands of architecture:

You can’t learn in a vacuum. At Ravensbourne University London, industry connection is ingrained into everything we do. We will equip you for success in the creative and digital industries, ensuring you are truly industry ready upon graduation. Our tutors are respected academics and practitioners with substantial experience and industry links.

You will be part of a diverse community of creatives, working collaboratively to explore new professional practices. Ravensbourne have strong industry links with a range of high-profile companies, including: Apple, Barclays, the BBC, European Space Agency, Marks & Spencer, Museum of London, the Royal Shakespeare Company, Samsung and many more.

This course has been accredited by the Architects Registration Board (ARB) for the purpose of a Part 1 qualification.

Find out more about our tuition fees and whether you qualify for financial support during your studies.

If you have any questions, we'd love to hear from you.

Get in touch with a member of our admissions team:

If you have specific queries about being an international student, contact [email protected]

You can also chat to our students

Study architecture in London – in an award-winning building 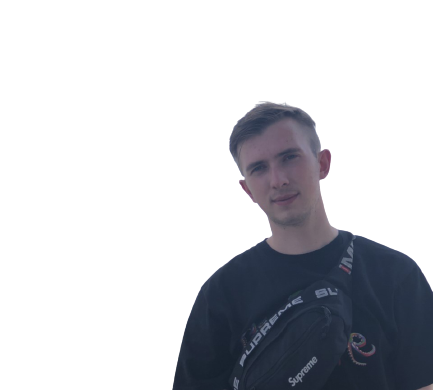 Inspiration is on your doorstep. London’s universities are ideally placed to teach architecture, due to the city's rich history, heritage and architectural landmarks. With four UNESCO World Heritage sites and more than 20,000 other heritage and historical sites, London-based students and citizens are never far from an iconic building.

On top of a wealth of libraries, theatres and galleries, there are many iconic buildings that roll off the tongue, such as: The Shard, the Gherkin, London Bridge, The Tower of London, Big Ben, Westminster Abbey, St Paul's Cathedral, Houses of Parliament and much more.

The architecture degree length is three years if you study at Ravensbourne University London, which is the same duration as most BA Honours degree courses in the UK.

The course will provide you with multidisciplinary knowledge and vital transferable
skills, and prepare you for a career within the many aspects of architecture, such as urban design, housing and office design, planning, building conservation, architectural heritage and community development 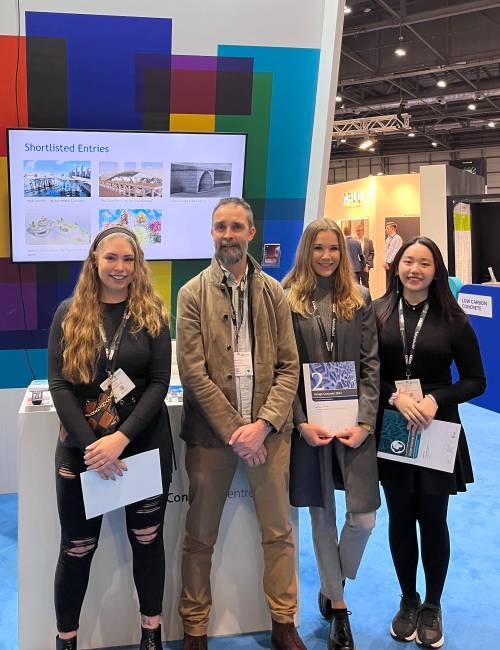 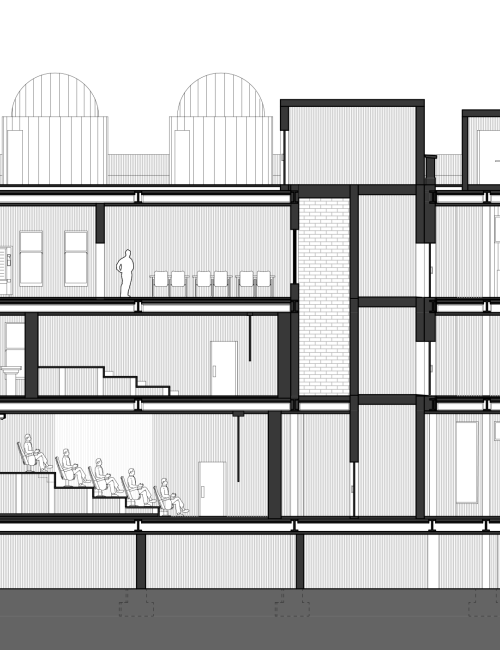 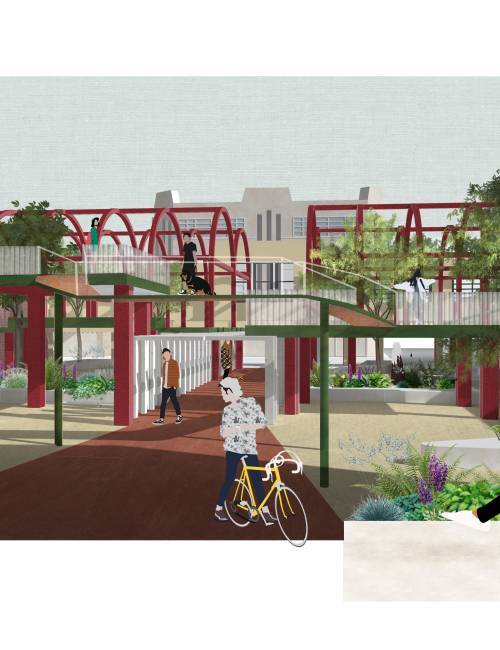 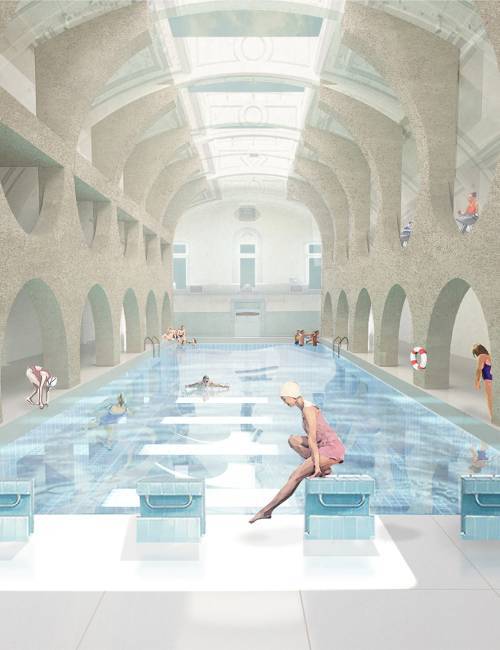 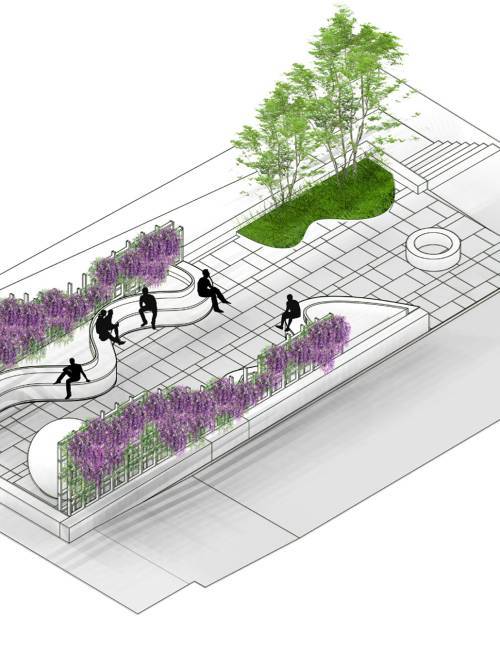