Introducing Ravecast, Ravensbourne's student-centric podcast, which aims to shed a light on Ravensbourne's unique community and showcase some of its exceptional talent. Here we catch up with the hosts to tell us more.

Ravecast is hosted by recruitment and marketing gurus, Jack Brown and Lee McMahon.

Jack is a wealth of knowledge when it comes to university life, having graduated himself from Ravensbourne in 2017 on the BA (Hons) Digital Television Production course. He now works as the Digital Content and Media Officer.

Lee is the UK/EU Student Recruitment Manager and has been an integral part of the recruitment team for over two years. He is often the first friendly face a student will meet at an open day or welcome event.

The first episode of the podcast goes live on Monday 17 May.

Firstly, how did the idea for the podcast come about?

Lee: This idea had been kicking around in my head for a couple of years now. It spawned from me wanting to listen to higher education podcasts myself.

There are a few out there, like the Times Higher Education podcast, for example. But all the existing podcasts seemed to be very policy based and aimed at people that work within universities. There didn’t seem to be anything out there for students.

Before the pandemic I would be in schools and colleges doing talks all the time and if someone missed something or had to leave halfway through a talk, then they've lost the opportunity to connect. I really wanted to start something like this, so that young people had an on-demand way of finding useful information and getting advice about starting university.

So that was my inspiration for it. And since we’ve been trying to get it off the ground, a couple more universities have launched their own podcasts, which is kind of annoying – ours will have its own unique spin though.

Jack: So my inspiration for it was slightly different. A few years ago I was heavily involved in the podcast we launched with homeless charity, Accumulate, and that’s how I got involved in this area. I’d seen how well-received that project was and how engaging podcasts can be. It proved to be such a great way of telling stories and getting key messages across.

I knew we hadn’t done anything like this before, but it was something that I was really keen to push. When I first suggested it, I was told that Lee had already come up with a similar idea. He beat me to it!

So then obviously it was a great opportunity to work together and make it happen. From my point of view, often the content that universities put out can be quite corporate and one dimensional. But I think with a podcast you’ve got this unique opportunity to create content that reaches its audience on a totally different level – It can be so much more personable.

Once you get to Ravensbourne, you quickly learn that it’s a small closely knit community, but it’s hard to translate that into our messaging. A podcast can really help to bring this to life. 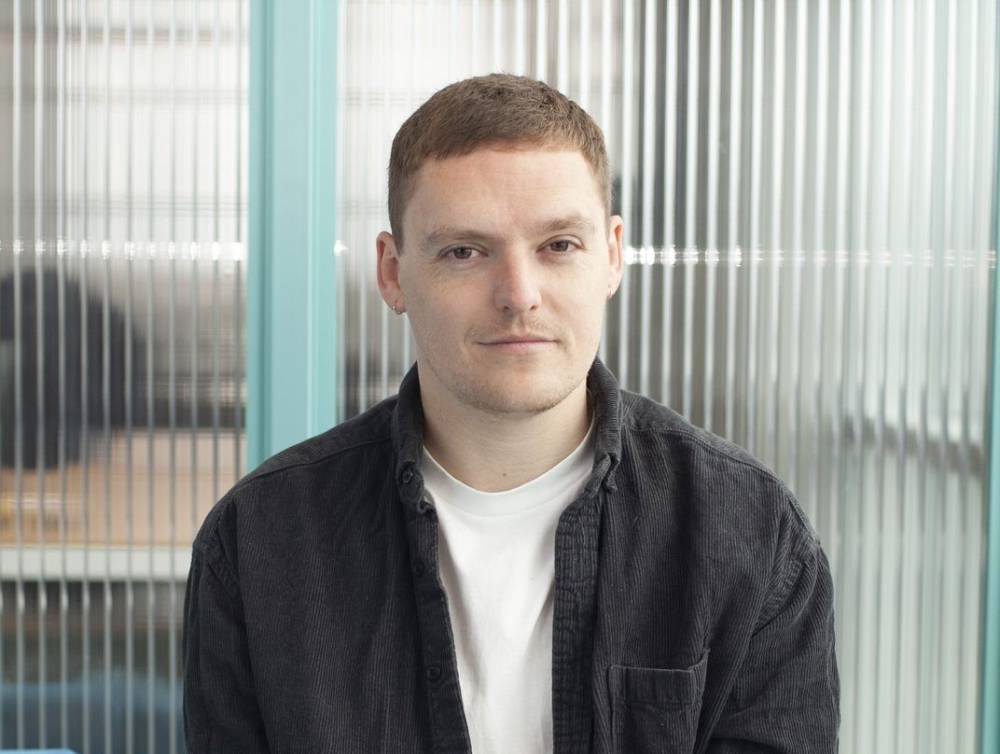 Especially in the current climate where connection has been so difficult, this is a place to really rebuild some of that community spirit. We always talk about Ravensbourne as being this creative ecosystem where everyone connects and collaborates, but that physical oneness has been lost during the pandemic. Hopefully, this can help to restore some of that.”

Who is the podcast aimed at?

Lee: The great thing is that because me and Jack have come at this from slightly different angles, we have settled on a really versatile format. I was very interested in having the podcast aimed at prospective students and young people sort of aged 14 to 18.

Jack: Yeah, whereas I wanted to have something that really shouted about the amazing work that goes on within Ravensbourne and aim it at current students too.

We held some focus groups before we started recording, and the feedback was that current students thought it sounded interesting. It helped us realise we didn’t have to pigeon hole ourselves.

Lee: Especially in the current climate where connection has been so difficult, this is a place to really rebuild some of that community spirit. We always talk about Ravensbourne as being this creative ecosystem where everyone connects and collaborates, but that physical oneness has been lost during the pandemic. Hopefully, this can help to restore some of that.

The feedback so far has been really encouraging. I think we’ve got something that can appeal to both audiences. But ultimately, the audience is students.

What format will the podcast take?

Lee: When we held our focus groups, one of the big teachings for us was that email is not a preferred form of communication for students.

However, a 15-minute podcast can be a quick upload of interesting information. You can also listen to it whenever suits you – this format can fit very easily into people’s lives.

Jack: Yeah, I think one of our biggest challenges as an institution is really translating the energy and the culture of the university to prospective students. Even more so at the moment, because we haven’t been able to go out and meet people face-to-face.

So from my point of view, it is about finding out what is going on and really shouting about it. We want to bottle up all the incredible stuff that is going on month by month and magnify it. It is about finding out what is going on around the university and really shouting about it. We want to bottle up all the incredible, creative stuff that is going on month by month and just magnify it.”

Can you give us a glimpse of what we can expect?

Lee: So here’s just as an example from the pilot: Derek Yates, the course leader on the BA (Hons) Advertising and Brand Design course tells us all out the Outernet project which his students have been working on.

Their work is going to be displayed over Tottenham Court Road outside one of the busiest Tube stops in London – this is absolutely massive and artists would kill for that kind of exposure! What an incredible opportunity for students just launching their careers. These things deserve recognition, and hopefully the podcast will help do just that. I’ve got really high hopes for it!

Jack: Gabby Shinier-Hill is in the first podcast, she’s the course leader on the BA (Hons) Fashion Buying and Brand Management course and she’s just brilliant. She has so much energy and enthusiasm for the course, and that comes across so well.

Then next month will focus on the Degree Show and will spotlight some of the amazing stuff the students have produced for that. And coming up we have our in-person first Open Day since the pandemic, which is very exciting and has been a long time coming! So we'll discuss that too.

Finally, what are your aspirations for the podcast?

Lee: If people are talking about it and really engaging with it, then that would be incredible. If I bump into someone at an open day and they say, "ah I listened to you on the podcast", that would make my day!

You never know, if it proves to be a winning formula, then maybe it can signal a bit of a change in how universities communicate with prospective students. Maybe it can be less one sided and more of a two-dimensional conversation between the university and the students, informed by what they actually want to talk about.

Jack: Yeah, for us it is about relating to the students on their level. Ultimately, we just want people to enjoy it and have fun, that’s what it is all about.

The first episode of the podcast will go live on Monday 17 May.