How creativity is helping to transform young homeless people's lives

Back in 2014, Ravensbourne's Work Based Learning Co-ordinator, Marice Cumber, had the idea to launch the Accumulate Art School for the Homeless. The charity does ground-breaking work to transform homeless people's lives by fostering creativity and a sense of worth through workshops and courses in graphic design, illustration, fashion and more.

In November, the charity successfully launched the world’s first graphic novel made by homeless people, The Book of Homelessness. The book aims to give the contributors the chance to reclaim their own story and express their own experiences through the medium of art.

Here we chat with Marice about her work with Accumulate and how, in the midst of a global pandemic, there has never been a more important time to raise awareness of young homelessness in the UK.

People became suddenly very aware of homelessness and the divides in society. People who might not have felt they were so close to the edge financially, all of a sudden realise it’s not that far away for so many people. I think there is a real sensitivity to this area right now.”

Thank you for taking the time to chat with us, Marice. Firstly, can you tell us a bit about your own background and what gave you the idea for Accumulate?

My background encompasses creativity, creative education and enterprise – all linked up together. I started my first creative business when I was 22 and I did that for 12 years or so. From there I went into education where I worked setting up enterprise-related courses for students.

The idea for Accumulate came about because in 2012 I helped to set up my local arts festival in Crouch End, North London. I got approached by a local homeless hostel to see if there was any way they could get involved.

Out of that initial conversation came the Accumulate project. I said to them, “We're going to do something together. I don't know what yet, but let’s just get creative and whatever is produced is going to be a part on an exhibition at The Crouch End Festival, because I'm the director and it's going to happen!"

I reached out to about a thousand people on my mailing list to invite people to hold a workshop at the hostel, and only one person came back. That person was a photographer who wanted to hold a photography workshop. My background isn’t in photography, so I didn't know how it was going to work.

We set up this pop-up portrait studio and the reaction from the residents there was so positive. They were so energetic and so enthusiastic. I thought, well, this is really brilliant, let's build on this a bit.

We started off working with the one hostel and now work with hostels all over London and nationally. Getting involved in Accumulate helps participants feel they've got a sense of place and purpose. They can engage in something meaningful. They can produce something that they're proud of.

Marice and some of the Accumulate team. Photos by photographer Sabela Peinado.

Ravensbourne works closely with Accumulate. Can you explain a bit more about the partnership and how this started?

Around 2014, James Ward, who was the head of FE at Ravensbourne at the time, somehow got to hear about the work we were doing and suggested we could do something together through an outreach programme and also a Greenwich Community Fund.

So tutors from Ravensbourne started to teach on the Accumulate workshops and students used to come along, and they loved it. It was a way for them to get involved with really meaningful and creative work in the community.

Having access to Ravensbourne was fantastic. It meant that not only could people who were homeless be taught by industry professionals, but we could also borrow the cameras and all the equipment and get help with things like printing for the Accumulate exhibitions. It was really great for the project. That's how the initial collaboration started. Initially, it was a very light touch, whereas now it's much more ingrained into the ethos of Ravensbourne. It has developed hugely over time.

The speaker started talking about student fees for the access course, which cost around £4,000. I’ll never forget right then and there I could see the shutters coming down on these young people's faces.

They thought they were going to go to university. They’d just done this amazing course in photography, they’d had an exhibition and they really wanted to find out more. All of a sudden, they find out it will cost them all this money.

If you're living in a hostel and you have to pay towards the price of a bed, you've probably got about £35 pounds a week in your pocket. You're hardly going to take out a loan for £4,000 pounds to pay for an access course. Psychologically, this is a really huge barrier for people.

This moment really stuck with me. So, in 2016, I set up a scholarship scheme, which meant that we were able to fund people from Accumulate to come to Ravensbourne to study. We started off with working with one hostel and now we probably work with about 16 hostels across London.

Since 2016, 20 people from Accumulate have been funded to go to Ravensbourne and eight of those have gone on to degree level. That's a huge transition. It's also great because Accumulate participants feel familiar with Ravensbourne through the tutors and the students teaching on the Accumulate project, and so they already have an existing support network in place.

I think we're the only creative arts and homelessness organisation that works so closely with a university in this way.

I would imagine the workshops that Accumulate host are very tactile and hands-on. Has it been challenging to replicate that same experience during the pandemic?

It has been really hard to connect with people living in hostels in the same way and get them involved. It's a million times harder to reach them now because they're just not going to go into some random zoom workshop.

So, what we have been doing through the pandemic is getting together practical exercises that we can send out to people living in hostels so they can still do something creative.

In the first lockdown and during the most intense time between April and August, we sent out around four-and-a-half thousand art kits. We were sending kits out to hostels all around London, and we've actually just been awarded funding from the national lottery to do a national program too.

You’ve recently published The Book of Homelessness, the first graphic novel created by homeless people. Can you tell us a bit about this?

It was never my intention to do a book at all. I had a conversation with a graphic novelist and published author who was really keen to get involved in Accumulate, but I just couldn't find the angle.

I was unwilling for other people to create stories about people who are homeless as it takes away their agency. I said, "why don't we just flip this? Why don't we make it that the homeless people involved become their own authors?"

This offered them the chance to take ownership of their own stories and write or draw it from their own perspective. That's how the idea for The Book of Homelessness was born.

It is a graphic novel and anthology created by people who are homeless, which tells their own stories in whatever form they choose, whether it be photography or written word or drawing.

What were some of the challenges you encountered in launching the book?

To get the project off the ground would cost just under £20,000 pounds, which was a lot of money. I didn't want it to be dependent on a grant because we might not get it. In the end, we raised all the money through crowdfunding.

When it came to actually creating the content for the book, I had no idea how many people were going to come to the first session, but we got about 25. Another challenge was actually getting a book out of the participants. We hosted workshops, and the participants came every single week. It was a bit of a club environment.

Then we got hit by lockdown, so the project was put on hold. But I eventually decided that the project had to go ahead despite this setback. I made that decision in June. We worked on it over the summer and it got published in November.

Photography in The Book of Homelessness

With the pandemic having such an impact on people’s lives, there has perhaps never been such an important time to tell these stories. Does it seem to be resonating with a lot of people?

We knew we were on to something big because even before the publishing date we’d had a lot of press interest. Nothing like this had ever been done before. It was a really authentic voice.

I also think that's why there was such a big reaction to it because of what you've just said about the timing and the pandemic. People became very aware of homelessness and the divides in society.

People who might not have felt they were so close to the edge financially, all of a sudden realise it’s not that far away for so many people. I think there is a real sensitivity to this area right now.

We’ve had two universities in the US and libraries in this country source the book because it's such a learning instrument about what it's really like to be homeless and what causes it. It's family breakdown, it's people losing their job, it's people who have fled countries to be here. The book provides real first-hand insight into what is really going on.

Since mid-November we’ve already had some really great write-ups in the likes of The Guardian and BBC Radio London and some great exposure in some well-established design titles too, such as Dezeen, It’s Nice That and Creative Boom. It really has been phenomenal!

An illustration from The Book of Homelessness

The participants must be incredibly proud of the work they have produced?

Absolutely. There were 18 participants involved and what’s fantastic is that they’ve all earned money from the book sales too. The participants receive 40% commission on the book profits and the rest of the money will go towards funding at least one other scholarship to study at Ravensbourne.

What's really special is that the creative output of these homeless participants will actually fund another homeless person to go to university. Their work will go towards transforming someone else’s life.

So, what’s next for Accumulate? Any big plans for 2021 and beyond?

While the pandemic continues it remains a struggle to connect with people living in hostels and so for the time being we are continuing to send out our art kits. We are also launching a national programme, funded by The National Lottery, to train hostel support workers to run creative workshops themselves.

There really is no substitute for real face-to-face connection. However, on the positive side, usually our workshops are pretty oversubscribed and we have to turn people away, but now anyone can participate because it's all online. That has massively increased our reach to new areas.

We’re also about to start a course about managing your own Instagram account, how to increase your followers, things like that. We've got that starting at the beginning of February for 10 weeks.

So. we’ve still got lots in the pipeline. We have been given space by The Barbican and so we really hope we can start hosting our workshops there in late Spring or early summer. That will be amazing!

Check out the Accumulate website and Instagram page to find out more about the charity and its upcoming events. 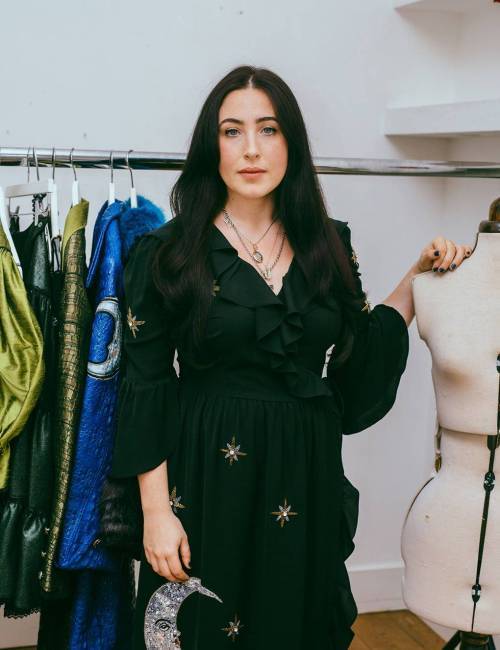 Catching up with womenswear superstar and alumna Clio Peppiatt 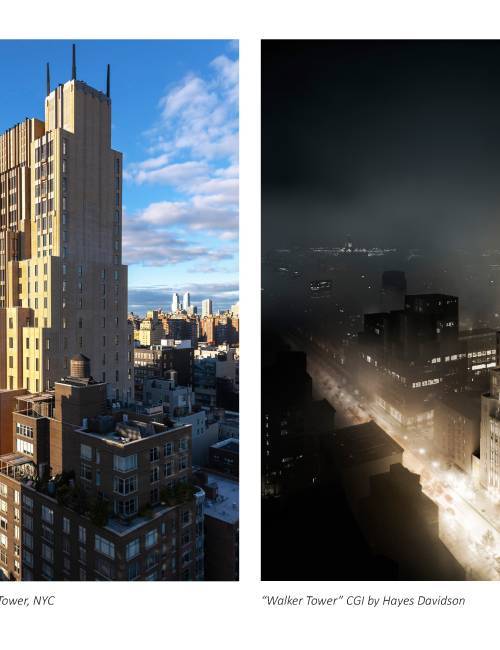