Combating youth violence with Ben Lindsay and Power The Fight

Power The Fight was founded by Ben Lindsay after a tragic event in his neighbourhood, in which two best friends were murdered weeks apart, galvanised him into action.

After mobilising people from all walks of the community, from policy makers to pastors, and from parents to politicians, the collective response inspired the beginnings of Power The Fight.

Ben now has over 20 years’ experience working in this space. He currently sits on the Mayor of London’s Youth Violence Commission. The work that he and Power The Fight continue to do is integral in bridging the gap between communities on the ground and policy makers. Ben is also a speaker, pastor, activist and author of the highly influential book, 'We Need to Talk About Race.'

We were lucky enough to catch up with Ben to chat more about Power The Fight, and his recent visits to Ravensbourne to work with the BA (Hons) Advertising and Brand Design students on a creative brief.

Firstly, can you tell us a bit about your own education and what subjects you particularly enjoyed?

I went to school in South East London, and the subject that I enjoyed the most was easily English. At university, I studied English literature and business studies.

I remember there was definitely a time after I’d graduated where I wondered what I was going to do with my degree. But I wrote by my first book in 2019, so I guess after that it all started to make a bit more sense.

Then the business side of things all fell into place when I launched Power the Fight in 2019. When I look back, it seems like a good combination.

What was your main motivation for starting Power The Fight?

My main motivation, unfortunately, was the murder of two young people in 2016. To give you a bit of history, I’ve worked in this space for 20 years and I was chair of the Greenwich Independent Advisory Group until 2016. I was also a church pastor for 12 years.

I was already working at a grassroots level with local communities. So when two best friends were murdered within five months of each other, I wondered if there was a way that we could empower the community to take a stand. That was the event that really mobilised me into action.

At Power The Fight, our ethos is all about ground engagement – ground engagement being the likes of statutory services, pastoral care and that type of stuff. It’s important that we get those experiences into what we call 'the engagement', which is very much around policy, decision-making, strategy and legislation.

When we started out, we felt there wasn’t an organisation which was able to bridge the gap between the two conduits – that’s what we do. So far, we’ve trained 12,000 practitioners and we have a podcast to elevate and amplify people who are doing some really exemplary work in this area.

We also support families; we’ve donated over £20,000 to 43 families over the last few years who are in the immediacy of trauma and pain of losing a loved one. We also offer a therapeutic service which goes into schools – we’re currently working in numerous schools across South London.

You’ve recently come into Ravensbourne and worked with the BA (Hons) Advertising and Brand Design students. How did that opportunity arise and what was it like working with the students?

We are currently in the middle of the project. Course leaders Derek Yates and Paula Williams approached us and said, “We’ve got these first-year advertising students that would love to do some campaign work for you guys”.

One of the things that is very important to Power The Fight is to put young people at the very heart of everything we do. However, sometimes that can be a little tricky because we can get very preoccupied with our work around policy and training.

It got me thinking, “How do we make sure that Power The Fight is still seen as a youth organisation?”. We want to make sure that young people can look at what we do and feel hopeful. With that in mind, any campaign that can effectively target 11-16-year-olds is really important for us.

That was the general brief that the students were working to. We went to visit the students in May in the Ravensbourne building, which is an incredible space. We presented in front of the students and told them a bit about what we do. They took a lot of notes and bombarded us with questions.

Then they went away and worked up some pitches. We went back and watched 12 early versions of pitches that they had put together, and some of them were just phenomenal. They were able to really get to the heart of what we were talking about. A lot of them were really thinking outside of the box ­– they were coming up with slogans and different angles that we’d never even thought about!

It was really beautiful to watch, the students had such great energy and brilliant enthusiasm. It was really inspiring. Now they’ve gone away to fine tune their ideas and we are going back and do a bit of an X-Factor style panel.

Often there can be a bit of a disconnect between students and the local area. What can students do to connect with their local communities more?

We talk a lot about cultural sensitivity and understanding the hyper-local community that you are a part of.

I believe it's important to have some historical context about the area you are living in – understanding not just the sorrow and the pain of that community, but also what makes people want to celebrate and what brings joy.

It's also important to think from an inter-generational perspective. Therefore, I think it can only be of benefit if you inform and empower yourself with a bit of a history lesson.

The first port of call here is to increase your cultural humility, so your awareness and sensitivity to the community that you are planning to live within for the time you’re at university and maybe after that too.

There are lots of opportunities for students to volunteer in local organisations and charities that are very much community focused.

I think this is a little controversial, but I think there is also a real danger for people who are not from South East London to come and curate their own subcultures and not engage with what’s already there.

The problem there is that you can find yourself alienating the people who were originally in that space. I think that is an attitude issue. But this isn’t just about students, it opens up the conversation about gentrification and how that makes communities feel.

Could you tell us a bit about the training that Power The Fight provides and how it can benefit organisations like Ravensbourne?

At Power The Fight we have multiple types of trainings, one very popular one looks at how to become a more sensitive organisation. This has a real focus on race and racism and how it plays out within organisations.

It’s broken into three parts; first, the organisation audits itself and there is a conversation and awareness work around what it is like to be black and brown in white majority spaces. Finally, the last part of the training is all about action. This looks at how to make your organisation more integrated when it comes to inclusion and belonging, and looks at how to become more anti-racist in all approaches.

We also have training around the very specific issues of violence against women and girls. We feel that when it comes to youth violence, often women and girls are not given gender specific tools and resources.

Finally, when it comes to disseminating a message, and reaching as many people as possible, what are some of the main sort of engagement tactics that you use within Power The fight?

Social media is massive for us – we are pretty active on Instagram and Twitter. We also send out regular newsletters to everyone on our mailing lists.

We are also quite visual, so we have merchandise too. In and around South London, you’ll see people wearing our Power The Fight gear; t-shirts, caps, jumpers, etc.

We haven’t really put much focus into traditional advertising yet, although obviously we understand the power of television and billboards.

Partnerships also play a massive part of what we do. We work closely with the Mayor of London and the Violence Reduction Unit. We’ve also got partnerships with people like Johnson & Johnson and we receive funding from Comic Relief. Obviously, a lot of people know about Comic Relief, so this really helps to amplify our message.

We also have several partnerships with local businesses in our community, like wine bars and restaurants. We also have boxes in multiple coffee shops in South London, where you can tap and donate.

At present, we have a very mixed model of funding and that collectively is how we amplify our message.

Check out the BA (Hons) Advertising and Brand Design course 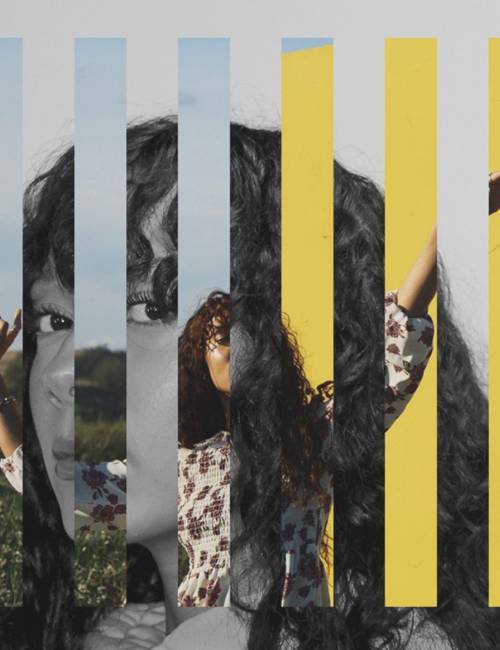