Ravensbourne University London is incredibly proud to have awarded honorary doctorates to actor and director Idris Elba and designer Tinker Hatfield, making them our first ever recipients of these awards.

Honorary doctorates are academic degrees given by universities to honour distinguished individuals who have made significant contributions to a specific field or society.

Idris Elba and Tinker Hatfield were chosen not only for their industry-defining achievements, but also the values and causes they have championed, which align with Ravensbourne’s own values.

The prestigious awards were presented on Tuesday 6 December 2022, during Ravensbourne’s annual graduation ceremony, held at the Barbican in London. They received the degrees alongside 800 Ravensbourne graduates from our range of design and media courses.

Our honorary doctorates are given to role models who embody the creative and entrepreneurial spirit of Ravensbourne. Idris and Tinker have both used their creativity to shift culture, to transform industry and to create real social change: this is exactly what Ravensbourne equips our graduates to do.”

Londoner Idris Elba grew up just a few stops away from Ravensbourne’s base of operations in North Greenwich. He is perhaps most widely known for his role as an actor, starring in films and TV series including ‘Beasts of No Nation’, ‘The Losers’, ‘Thor: Ragnarok’, and ‘Mandela: Long Walk to Freedom’.

Throughout his incredibly successful career in film, TV, and music, he has been a staunch supporter for young people, particularly those from disadvantaged or minority backgrounds.

An example of his work on this includes setting up the production company Green Door Pictures in 2013. The company was established to promote diverse storytelling and provide a more direct route for talented writers, actors, directors, and producers to succeed in the film and TV industries.

He also recently worked on ‘Fight School’, a documentary series that aired on the BBC in the spring of 2022. It set a group of disadvantaged young adults on a five-month training course to help provide them with discipline, determination, and focus by putting them through an experimental boxing school.

Tinker Hatfield, Nike’s Vice President of Creative Concepts, is a legendary sneaker designer, whose credits include the inimitable Nike Air Max and Air Jordan shoe lines. A pioneer with decades of experience in fashion, he originally trained as an architect.

He also recently judged a collaboration between Ravensbourne students and My Brother's Keeper, part of the Obama Foundation. The project, run by Ravensbourne’s in-house creative agency CreativeLab, saw students from London and Chicago develop a multi-platform creative campaign for the Nike Jordan brand.

We look forward to continuing to work closely with both of our honorary doctorates.

Speaking at the ceremony, Idris Elba said: “Education is the exact foundation that I am standing on here today. Because of my education, I got to go places that I never even dreamed of going to.

“Ravensbourne stands for the very same values: putting skillsets in students and giving them an opportunity to have a seat at the table forever. So many amazing students have come from here and are still contributing. The truth is: the learning always continues.

“I am super proud of this, because it’s an honour, but also, now, you lot can call me Doctor Dris.” 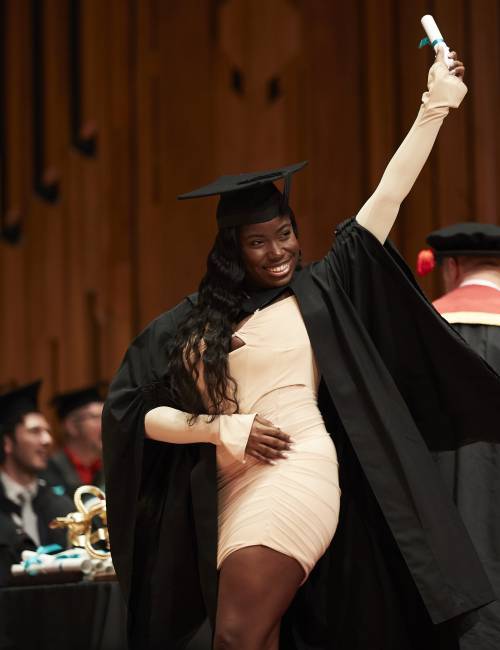 Featured: Graduation 2022: what a picture! 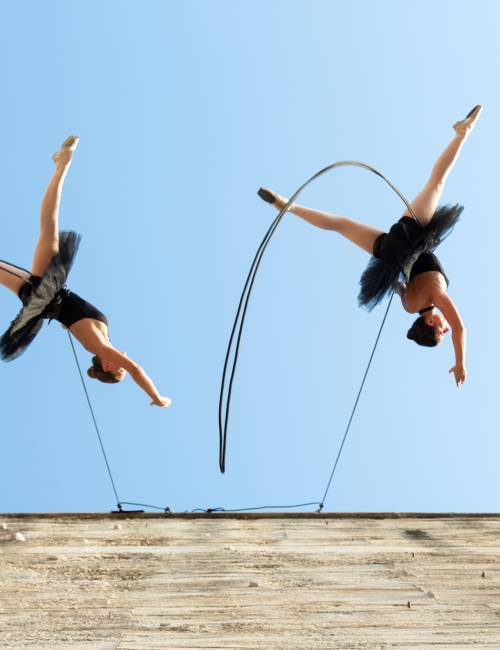 Ballerinas to abseil down the Ravensbourne building