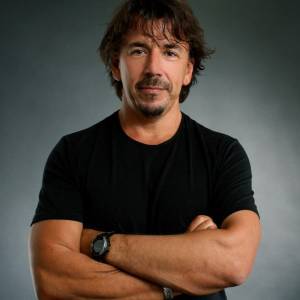 Steve has taught on the Music and Sound Design BA (Hons) degree course since 2012.

Before joining the team at Ravensbourne he worked extensively in the music industry both as a freelance musician and as a composer.

His work as a drummer in his former role included studio sessions and international touring, playing drums with a variety of acts and performing a diverse range of musical styles. Two examples of the artists Steve worked with are Duran Duran and Jeff Beck.

Steve is also an experienced clinician and has given drum masterclasses all over the world including in South America and the Far East.

Alongside his work as a drummer Steve also developed a career as a composer of music for a variety of media. He has composed music for the BBC, ITV, Ch4, Sky and a wide range of international broadcasters and independent production companies. He continues to work in this area alongside his role at Ravensbourne.

He has a special interest in composing music for computer games, film and TV, and has developed a fascination with the science/art of synthesiser programming.