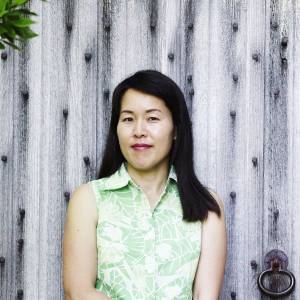 Jeeun Song-Dusoir is a landscape Architect and architect with her own London practice — Kennedy Song Dusoir.

She followed this with a master's degree in landscape architecture at the GSD, Harvard University. After working for both small and large firms in the US, Jeeun continued her interest in plants by completing the Kew Diploma in Horticulture at the Royal Botanic Gardens, Kew.

Jeeun has over 20 years' practical work experience in many different roles. She has worked on the New York Stock Exchange, JTI Headquarters in Geneva, Lexicon near Angel Station, Montserrat Botanical Garden, as well as on numerous private estates in the UK and South Korea.

Jeeun is committed to teaching a practical understanding of plant material and a joined-up way of thinking around interior and exterior built environments.