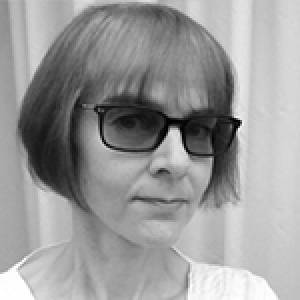 After university, Anne spent 10 years working as a womenswear designer for a number of suppliers to high street chains. During this time, she designed garments and cut patterns, learning every aspect of the fashion industry, from fitting to grading to production methods.

In 1992, Anne studied for a masters degree at Central St Martins’. She also launched her own label, was awarded NewGen funding and sold her collections to small boutiques.

Around the same time, she worked successfully as a freelance pattern cutter for designer-level companies, such as Clements Ribeiro, Eley Kishimoto, Ashley Isham and Betty Jackson, as well as for Jigsaw and French Connection.

By 2006, while working as a freelance cutter, she was invited to teach pattern cutting part-time at Ravensbourne. At the beginning of 2010 she took a full-time job at Nottingham Trent University, where she had studied for her BA.

For the past five years she been teaching design and creative pattern cutting at NTU, and gained the PGCHE teaching qualification.