Why working on live TV is my ultimate dream career

After grabbing every opportunity that came her way while studying on the BA (Hons) Digital Television Production course at Ravensbourne, Niamh is now working as production coordinator at the BBC. Here, Niamh discusses her time at Ravensbourne, her current work at the BBC, her ambitions for the future, and what inspires her so much about working in television.

During your time at Ravensbourne, what was your favourite project?

I think my final major project (FMP) was my ultimate favourite. For this I worked with Teenage Cancer Trust, I basically got the whole university to collaborate with them. We did a live stream for about 90 minutes and it was very inspired by Children in Need and Red Nose Day.

It was such a long project, we started it in September 2020 and completed the live stream in April 2021. With covid going on too, we never thought we would actually manage to pull it off.

I also really enjoyed working with the Royal Shakespeare Company. I produced two live broadcasts with them in my first year. I was also the social media manager for the degree show. To be honest, everything I could possibly get involved with while I was at Ravensbourne, I just jumped on.

Can you tell us about the work that you're currently doing with the BBC?

So I’m working as production coordinator for the BBC, which still feels a bit weird to say. I’ve kind of skipped a couple of levels thanks to the work I was able to do while I was still at Ravensbourne. Most people start off as runners when they graduate and then progress on from there, but I’ve been fortunate enough to start a couple of steps on from that point.

I’ve just finished working on the show Rip Off Britain Holidays, and that was a seven-week contract. I was in charge of the films, and a big part of the show called Destination Guide. So I was planning the locations for that and was also responsible for handling a lot of the legal stuff. Also, a lot of the logistics, like planning where the crew could get petrol from, that was all part of my job.

I’ve just started working on The One Show, so I’ll be working on that for the rest of this season. For this I'm also working as a Production Coordinator. So again, I’ll be organising as much as I can for the whole show.

Can you tell us a bit more about the work you were doing alongside your studies?

So while I was at Ravensbourne, I worked on shows like Ant and Dec’s Saturday Night Takeaway. One of the biggest things was that I was also a production manager for a YouTube channel called Boom in Property. Boom in Property is an estate agent, very similar to the likes of Purplebricks and Rightmove. They launched in March and they wanted to create a YouTube channel similar in style to Architectural Digest, so I was the production manager for that, too.

I was doing the odd runner job too and just anything I could get my hands on really to get that all-important experience before I graduated and was out in the real world.

What are your goals for the future?

I would like to work in live entertainment, like Ant and Dec’s Saturday Night Takeaway. That would be the ultimate dream. Or working on shows like This Morning or Loraine, just anything live.

What is it about live television in particular that you enjoy so much?

You don’t have time to retake anything, it’s all so immediate and everyone just has to do whatever they can to get it to all come together. The rush you get from that really is something. Then afterwards the high you feel when you've managed to pull it all off is really something. I don't think I'd get that rush from working on documentaries, for example, where everything is a lot more rehearsed.

Have you always wanted to work in TV?

Yes, from being a kid I knew I always wanted to work in television. As a child, we had these big thick cameras and me and my sister would walk around at Christmas filming everyone and making up stories. I remember when YouTube just launched, me and my friend would make silly YouTube videos together. Now we’re both working in television, so maybe those videos were great practice for the real thing.

I always loved that television shows had such longevity. Some shows people watch religiously for ten or more years, whereas people only tend to watch a film just once. There is so much potential for character development in television.

Finally, how did you choose the course at Ravensbourne?

I went to Havering Sixth Form College, which has a partnership with Ravensbourne. I had a lot of friends that ended up going to Bournemouth to study. I had been to Ravensbourne to visit and had spoken at length with Lucy Slater, the Outreach Manager and I just felt like it was already so familiar to me. She said that because of my sixth form college, I didn’t need to apply through UCAS, so I already knew I had a place before Christmas – long before some of my friends had even sent off their UCAS applications!

Also, Ravensbourne was just so welcoming. Me and my mum went on a few other open days to other universities and we just ended up comparing everything back to Ravensbourne. Everything is so modern at Ravensbourne, and you really get the sense that you can touch every button in the gallery and really get stuck in from day one. Other universities, in contrast, seemed to limit the amount of access that first-year student’s had. It seemed like each year you were given more access. This definitely wasn’t the case at Ravensbourne, you literally have free rein from the beginning. 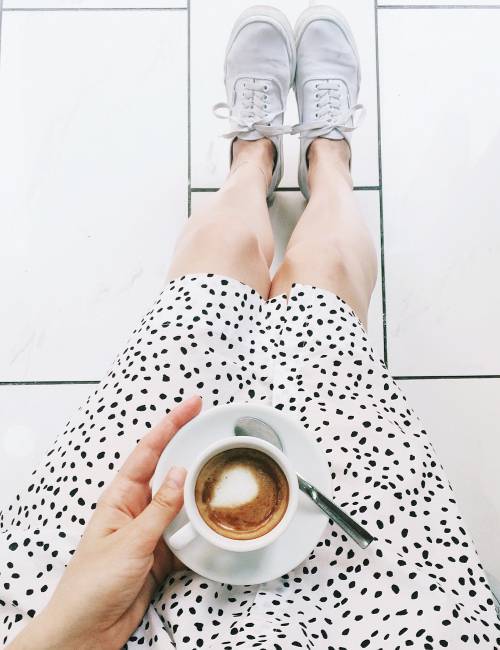 Wellbeing series: Combating lockdown overload with a bit of TLC