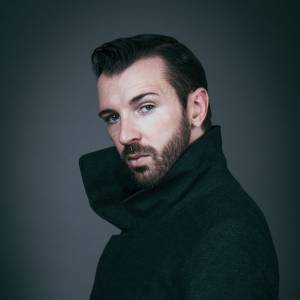 After his work in the Ravensbourne Degree Show captured the attention of several big brands, Christian has had the chance to work on a number of exciting freelance projects since he graduated in 2019.

During the course, he also had the opportunity to present his work at the D&AD Awards international New Blood Festival, which showcases the best emerging talent from university students across the globe.

When he was deciding where to study, Christian was won over by Ravensbourne’s modern open-plan building as well as the brilliant facilities and strong links to industry the university had to offer.

Christian was initially anxious about starting higher education and studying in London, however with support from the university and fellow students he soon felt at home. Commenting on this he said: “the positive attitudes and mindsets everyone had made me realise I was around good people and had nothing to worry about.”

For Christian, the highlight of his course was exhibiting his work over two floors of the Bargehouse, OXO Tower Wharf in London. The work captured denim clothing and accessories collections, which were designed in collaboration with Ravensbourne’s Fashion students and denim clothing brand, Wrangler.

Commenting on how the course enabled him to realise his professional goals, Christian said: “My degree from Ravensbourne has given me the creative freedom that I needed to really express myself in more ways than I ever thought possible. It encouraged me to explore different styles and approaches and gave me the skills and connections to put together my own professional team.” He plans to return to education to complete a Master’s Degree.

Christian’s advice to other students is to use university as a chance to continuously experiment and to build relationships with students from other courses. He concluded: “remember the sky is the limit. You need to put your heart into what you believe in and don’t forget to believe in yourself”.