This October, join us as we celebrate Black history, arts and culture.

The making of KALEIDOSCOPE: the SEEDS e-zine

Last term saw the launch of KALEIDOSCOPE, a new e-zine created by students on the Ravensbourne SEEDS programme. The result is a stunning showcase of their photography, ideas, illustrations and more.

SEEDS, the Self-Employment Entrepreneurship Diversity Scheme, is a specialised six-month programme that provides tailored support to our dyslexic neurodivergent students and those from diverse backgrounds. It arms them with the skills and tools they need to confidently step out into their chosen fields.

Here, the student team who created and led the project talk about how the process worked, what their inspirations were, and passing down the torch to future SEEDS students.

The first issue of KALEIDOSCOPE is all about the theme ‘dystopia and utopia’. What was the inspiration behind this theme?

Charles Whiteley, BA (Hons) Digital Film Production, Editor-in-Chief: “As a SEEDS group it was a mutual decision for the theme. Given that we started the programme mid-pandemic, we decided to use this as the origin of the idea. With the pandemic making it almost unpredictable as to what the future would hold, we looked at this perspective and created our own ideas of what the future could be, whether that was a dystopia or utopia.”

How did the idea to launch an e-zine come about?

Cherie Lee, BA (Hons) Illustration for Communication, Art Director: “The idea actually began with Yvonne [Halloran, SEEDS Project Leader], who approached me about making a SEEDS zine. I told her that I thought it would be a great way to create a cross-discipline collaborative space, as seen through weekly catchups we had. We also wanted to this to be another way to showcase the current roster of talent at SEEDS!”

What was the experience of creating the e-zine like?

Keisha Gaspar, BA (Hons) Illustration for Communication, Associate Art Director: “It was hectic but fun at the same time! I got to work in collaboration within a team to create the zine and develop key skills useful for my resume. We got to meet new people from the screen, design and fashion schools, who we didn’t think we would meet or work with during our courses. Overall, even though we had our own deadlines and problems while still in uni, we still got through it and created a zine to be proud of.”

How did being a part of the SEEDS scheme help you all pull the magazine together?

Poppy Louise Carter, BA (Hons) Digital Television Production, Associate Editor: “Being on the SEEDS scheme helped us a lot in pulling the zine together. This was a collaborative project that was meant to showcase all the talent in SEEDS, so having many people from different course come together to create work to go into the zine was amazing. Being on SEEDS also helped everyone involved to gain new skills, as we were all learning from each other while we worked on the zine. SEEDS really helped to make it an amazing zine!”

What does the future hold in store for KALEIDOSCOPE? Will there be future issues of the magazine?

Charles Whiteley, BA (Hons) Digital Film Production, Editor-in-Chief: “With the first issue being such a great experience, we as the team would love to help out in future issues. However, given that our time at SEEDS has ended, we will be passing on the torch to the next generation of SEEDS students.

“It will be up to them to shape their own version of Kaleidoscope, making the next issue all the more unique having new creatives on board. We would love to help out where we can!”

You can catch up on the first issue of KALEIDOSCOPE and learn more about the SEEDS programme on our website. Stay tuned for the second issue! 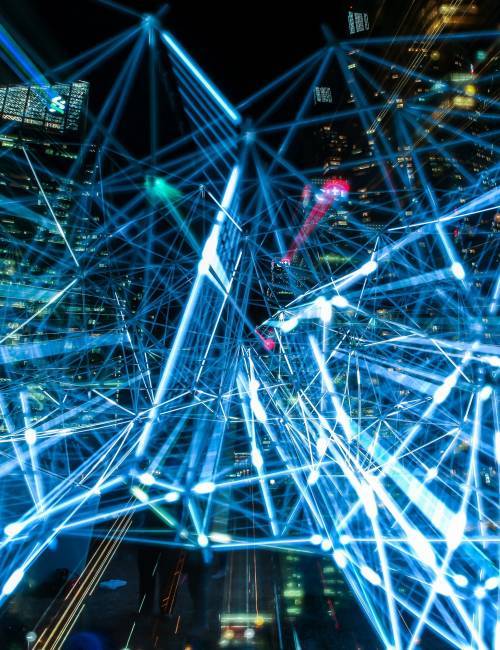