Lawrence Lartey, the Creative Director of Ravensbourne’s in-house creative agency CreativeLab, has executive produced a series of documentaries for the BBC. They tell the story of how three iconic underground music scenes were created on the streets of London and the impact that has been felt for generations since.

Available now on BBC iPlayer, ‘Made In Britain’ is divided into three 15-minute episodes, each one dedicated to one of the UK’s most influential homegrown genres: Jungle, UK Garage and Grime.

The films explore how the unique intersection of race, class and cultures in inner-city London birthed brand-new music genres in the early 1990s. The genres took the world by storm and created entire underground subcultures.

The programme honours some of the leading musicians, producers and DJs who created and inspired the distinctive music. With Caribbean, West African, Asian and British heritage, the originators lived and grew up together in the UK capital, as well as major cities like Bristol, Birmingham, Manchester and Leeds.

CreativeLab’s Lawrence Lartey serves as executive producer for the series. Lawrence has multiple TV and radio production credits, including for Channel 4, BBC Radio 1, BBC 4 and MTV. He has also worked as a lecturer and advises on leading edge design thinking for major businesses like Samsung, Nike, and Universal, and non-profit organisations, including the Shawn Carter Foundation and the Obama Foundation.

Lawrence executive produced alongside Oscar-nominated filmmaker Jaimie D’Cruz. The pair have a strong history with the world of Jungle, UK Garage and Grime: they were colleagues at ‘Touch’, a black culture and music magazine that flourished in the 1990s. Jaimie was the editor and Lawrence a reviews writer and then contributing editor.

In those pre-internet days, emerging music genres relied on publications like Touch – as well as sound systems in the streets, underground raves, club nights and pirate radio stations – to take hold and capture the public's imagination.

Even now, decades later, these landmark genres continue to thrive and influence modern day music and culture, both in the UK and beyond.

Lawrence said: “Black music has left an indelible mark on British culture and it will continue to do so. Documenting exploring and telling the stories of music which shaped my teenage and early adult years was a real honour.

“More than anything it was really fun to spend my weekend sifting through old magazines and tapes and watching old footage that made me feel nostalgic. One of the most rewarding parts of the process is young people watching the films with their parents.” 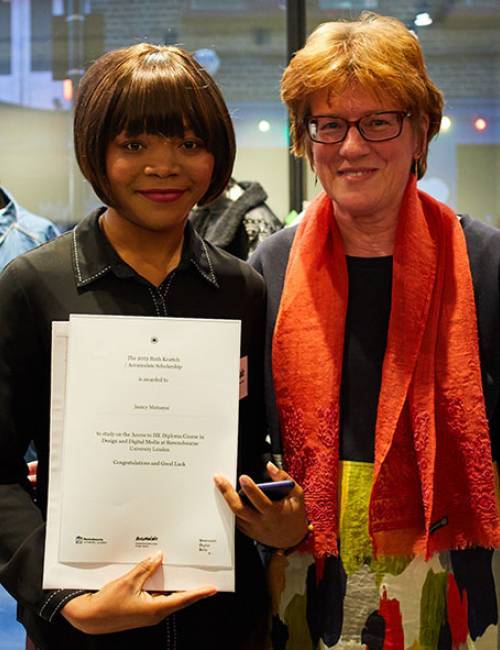