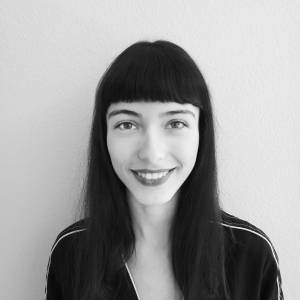 After deciding to pursue a career in architecture, Giulliana secured her first graduate role working as a Junior Architect at Oppenheim Architecture in Basel, Switzerland. In her role, she works on signature projects across the globe.

Giulliana was initially drawn to the Interior Design Environment Architectures course because of its multi-disciplinary nature.

The broad topics covered on the course gave her a well-rounded knowledge of both interior design and architecture and allowed her to explore what direction to take in her own career.

Despite initially focusing on interior design, Giulliana realised that she was interested in working across design scales; from product design to urban planning, and the course gave her the freedom to experiment.

As well as a striking a good balance between theoretical and practical-based learning, the course also offered students a number of extra-curricular projects to get involved in. Giulliana and a fellow student won a competition launched by the charity, World of Hope to rethink the orphanage of tomorrow in Nigeria.

Giulliana's advice to other students is to treasure the time you have as a student and involve yourself in as many projects as you can. She concludes: “The most precious thing you will receive as a student is time. Time to reflect, to question the world, to absorb other world views and eventually to form a cohesive value system for yourself.”

Study the same course as Giulliana