At Ravensbourne we stand out for offering some of the best TV equipment and sound facilities of any university in the country. Whether you are looking to shoot a project, edit film or record a piece of music, our facilities have everything you need to create show-stopping work.

If you’re interested in our digital television, film, editing and post production or music and sound courses, then you’re going to love our industry-standard TV and sound studios. With collaboration at the heart of everything we do, students on all our courses can benefit from these fantastic facilities too.

Ravensbourne's broadcast standard fully equipped HDTV studios rival those used in industry. Our studios are kitted-out with all the latest specialist equipment and can live stream straight to the internet.

Our fully equipped television studio is equipped with 5 HD cameras, mounted on broadcast spec pedestals. Alongside the camera equipment, our TV studios also have green screen capabilities. If you are a fashion student scouting a location for a shoot or a graphic design student seeking a background to record a moving image, then look no further. 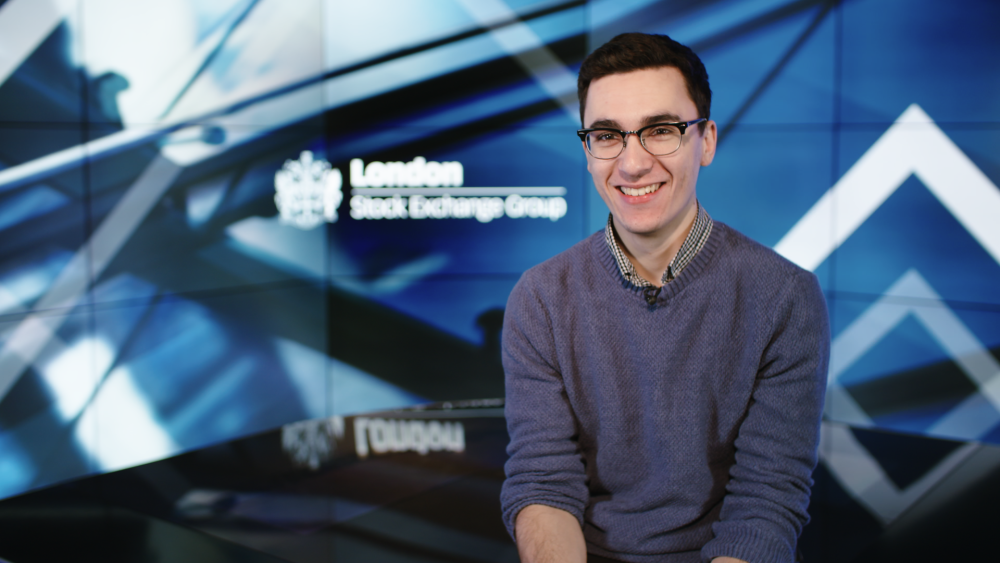 When I first visited Ravensbourne I was amazed with the facilities on offer. The multi-camera studio was the highlight for me, as this allowed us to learn in an industry like environment and create shows which we learnt so much from.”

The production control room houses all the control equipment for the TV studio including vision and lighting control.  There is also lots of space for researchers, producers and directors to collaborate and create.

A separate control room used exclusively for studio sound is situated immediately adjacent to the Production control room. The Sound Control Room is fitted with a fully-featured SSL Sound Mixer. This desk controls all audio elements of any programme recorded in the studio.

Bring your vision to life with our state-of-the-art post production facilities. In the Post Production area there are two teaching stations with large LCD displays. There are also seven edit suites, each equipped with Adobe and Avid software.

Sound facilities for film and TV

Gain an understanding of how music and sound intersect with moving film. Whether you are combining sound to moving image work for animation or advertisements or working with TV and film, our facilities have everything you need to expertly match sound to screen.

The fully featured recording studio can be used for a simple voice over or recording a full band. The space is equipped with an analogue desk and Pro Tools recording and has a Euphonix S5 for larger productions.

Access to our studios provides students with enviable professional skills and knowledge through involvement with real-world technical and creative projects. Here are just a couple of examples of the types of projects you could be a part of:

Ravensbourne undergraduates on the Digital Television Production course joined forces with those on the Digital Television Technology course to create a live streamed broadcast of The Taming of the Shrew for The Royal Shakespeare Company. This production was opened out to students from across the university to give others a chance to experience the live studio production environment. 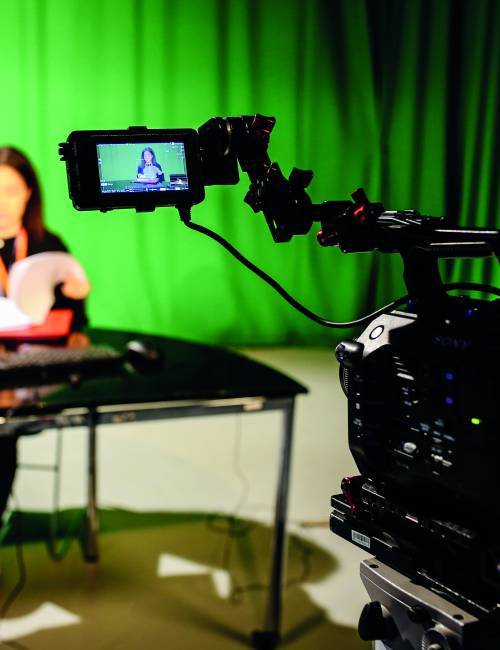 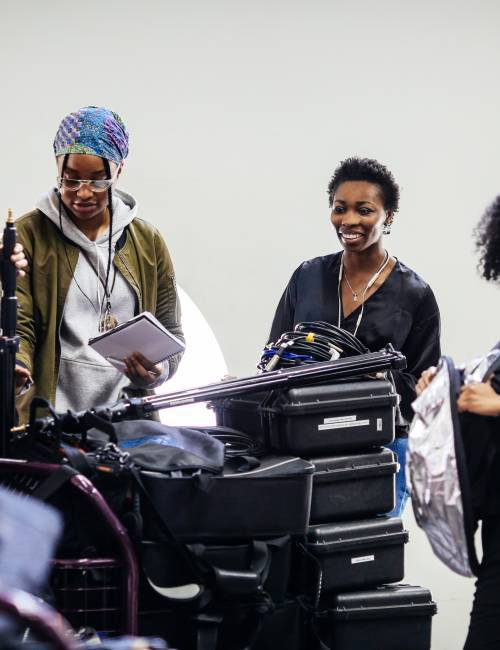 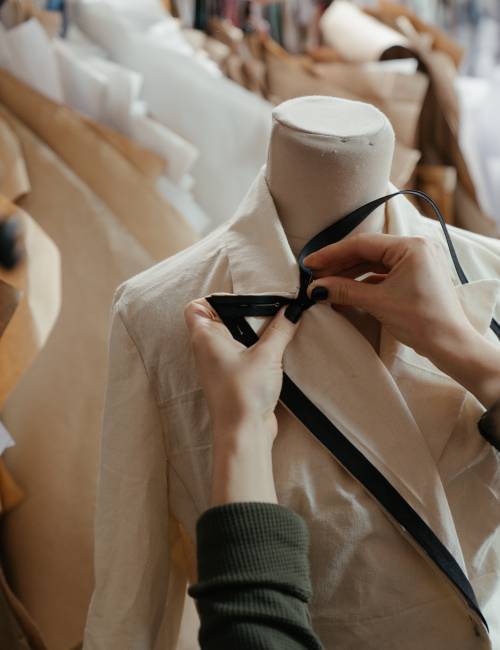