Joseph Skelly was all set to study aeronautical engineering at university, but a chance encounter changed his life forever. Keen to get some interview experience, Joe signed up to some practice UCAS interviews and by pure chance was setup with someone from Ravensbourne University London.

Joe got talking with a lecturer at Ravensbourne on the BSc (Hons) Broadcast Engineering course (formerly BSc Digital Television Technology. After realising how embedded the course was in engineering and how he could travel the world with work, Joe was sold.

Fast forward to the present day and Joe is now jet-setting around the world, working for Gravity Media, who provide live broadcast facilities and production services. He is an avid photographer in his spare time and documents the incredible places he gets to visit through work.

We caught up with Joe to ask him some questions about his exciting career and how his time at Ravensbourne shaped him into the competent professional he is today.

A few of Joe's photos from around the world

What initially appealed to you about Ravensbourne and your chosen degree?

I actually had a bit of a weird and maybe unconventional start to Ravensbourne. Initially, I thought I wanted to become an aeronautical engineer and become a rocket scientist. I heard about the pre-UCAS interviews and thought it would be a good chance to get some interview practice–I didn’t even know it was going to be with Ravensbourne.

I was like “okay, I’ll go, what’s the worst that could happen?” I got chatting with someone in one of the lectures and we got talking about broadcast engineering. Before this conversation, I didn’t even know that this career existed.

The lecturer told me that through this profession I could travel the world. He explained it was all about computer systems and naturally, as an engineer, this was right up my street. After learning more about broadcast engineering, I went ahead and took the interview. Even at the time my mind wasn’t made up, I just thought if I get the place then we’ll take it from there.

When I came to visit Ravensbourne, I saw that there was a Wakeboard Park just round the corner at Wakeup Docks. I’m a big wakeboarder myself and so this was a massive pull for me. Then when I came to the interview and saw the building itself, this really impressed me.

So I guess it was kind of a mix between the job prospects they offered me at Ravensbourne and the location which appealed to me the most. To be so close to London is a massive bonus too.

Could you tell us about the benefits of studying with us?

I think for me, one of the major benefits was all the external opportunities that came from the contacts that I met at Ravensbourne. I learnt a lot from other students and lecturers and got brought in on several exciting projects. The many events at Ravensbourne really helped me, as right from the beginning I got that real industry experience.

One project that sticks in my mind was working with the Royal Shakespeare Company (RSC). It allowed me to put into practice what we were learning in our lectures. Because it was student-led, as far as the technology side of it went, it really allowed me to build my autonomy too.

There wasn’t anyone there to show me how it was done. I was just thrown into the deep end. While that can be a bit nerve-wracking at first, it really is the best thing for building your confidence. It also helped relieve that anxiety about what to do if something went wrong. Obviously little things go wrong all the time, and it is about building that resilience to know that you can just deal with it and move on.

At Ravensbourne there is also a big studio gallery and production suites set up for you to use with industry-standard equipment. You get a lot of creativity and freedom with the equipment to sink your teeth into.

What were the highlights from your time at Ravensbourne?

I touched on it a little already but The Royal Shakespeare Company project was really beneficial for building those real-world skills.

I was the technical director, and it was a lot of responsibility. There was one time we were doing a broadcast to China and the US and we had a sign language feed on. Five minutes in and we realised the feed didn't have audio with it. You might think that not having audio on a sign language feed isn’t the end of the world, but everyone was panicking.

I realised there was only one way to fix it, but I didn’t really know how at that point. I was running around frantically, trying to sort it. In that moment I just thought, "Right, calm down!" I took my time and fixed the problem. This really sticks in my mind as a moment when I had to learn on the job. I learnt in the heat of the moment how to manage myself and get things done. These are vital skills to learn, I think.

Also, just being surrounded by so many inspiring and motivated people was pretty special. Everyone I interacted with across different courses were so driven and so focused on their career and bettering themselves – that environment really breeds success and creativity.

How has your degree at Ravensbourne helped you to achieve your professional goals?

I thought all the lecturers were great and so experienced in their field. The teaching time was superb too, it was just the right mix of theory and practical-based learning. I’d be on the road, setting up systems, and then I’d be back in university and having to think up problems and how to fix them – it was a lot of problem solving.

I would say that overall, the most beneficial thing for me wasn’t the degree itself. It was all the other opportunities that Ravensbourne provided. All the practical skills I learnt were invaluable and really pushed me out of my comfort zone.

Can you tell us about what you've been doing since you've graduated? Where are you working and what does your typical day look like?

At the minute I’m working for Gravity Media, a facilities company. We provide facilities for the likes of the BBC, ESPN, Tennis Australia – mostly big sporting clients.

My daily life is that usually that I get a call to jump on a plane and go to another country wherever it might be; Australia, South Korea, the US. We basically provide a whole television studio on the ground at the sports events, from capturing the action and getting it to your television at home. I really don’t think I’d be where I am today if it wasn’t for Ravensbourne and the opportunities it presented for me.

It is literally my dream job and while it sounds glamorous, it is really hard work too – sometimes you’re doing 12-hour days for 30 days in a row (no weekends or lie-ins!). The jet lag can get quite bad too, and during the pandemic I was having to quarantine everywhere too. When I got to Australia, I had to quarantine for two weeks, which obviously helped with getting my body used to the time difference. Then you’ve got another 10 days quarantining when you get home. The perks are definitely worth it though.

I’m actually an avid photographer on the side too, so it has been really incredible to document my trips around the world. When I think about it, it kind of blows my mind – I came from a little corner of Northern Ireland and now I’ve got this globe-trotting job. I have to pinch myself sometimes.

Do you have any advice to students keen to get into a similar field of work as you?

Yeah, I think just take advantage of all the opportunities that come your way. Ravensbourne really isn’t like school and you won’t have your hand held. You need to go out and put yourself out there.

Whereas other universities might have lots of societies and social groups, Ravensbourne places more emphasis on the career aspect of things. I think if you don’t have a clear idea of where you want to be when you graduate, then opportunities can just pass you by. It requires a lot of focus; I think this has something to do with living in London too.

You can’t expect to be spoon-fed and that it will be enough to just turn up to class and then go home, you have to take a more active role in creating your future. 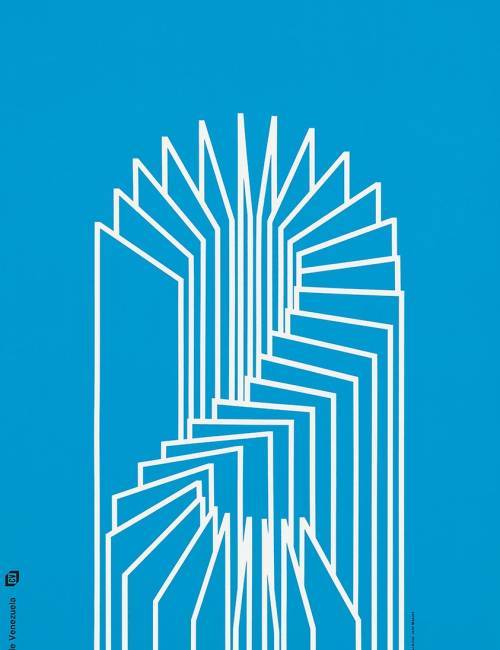