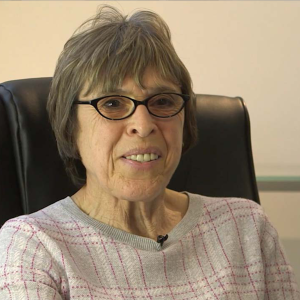 A behind the scenes look at the filming of some of the stone idents for 2000 Today. The original idea to use a symbolic BBC One to represent the Earth itself for the Millennium Brand came from Martin Lambie-Nairn, who had been commissioned to create an icon for the project to use at MIPCON (the global TV marketplace) in order to market the event internationally to other broadcasters in advance. Liz Friedman and Kevin Hill won the pitch for the job against Lambie-Nairn and other design consultancies. The brief was to animate the inanimate stone Icon, initially to create a title sequence and an on-screen identity. However, it became obvious that because of its international nature, and because most of the other channels would be transmitting with commercial breaks, a branding package of idents and break bumpers to get in and out of the breaks would be more appropriate. The package had to be textless too, so that each channel could add its own captions and give it its own identity. The designers’ idea was to animate the stone by associating it with the natural elements of the Earth itself which people around the world could relate to. It was important to develop the idents and give them life and movement and a feeling of celebration. Five idents were created, each one with a Stone ident animation to opt-in to the studio and a live action Hand ident to opt-out to the commercial break or to a short film, for channels without commercial breaks. These were conceived as related pairs and the BBC also used these break bumpers as interstitials or mini-breaks. All of the Stone idents were shot mostly as live action model shoots with special effects and CGI elements composited in post-production. The Hand idents were shot live and post-produced the same way. The BBC/WGBH Boston co-production ‘2000 Today’ was a huge challenge and a logistical nightmare, but it linked a world-wide audience of 800 million in a day of global celebration of the new millennium, the like of which had never been possible before.

Nominated for a BAFTA Craft Award for Graphic Design.