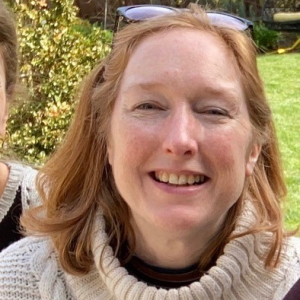 Kate Lamb is a sessional lecturer on the BSc (Hons) Broadcast Engineering course. In the early 90s, after a number of years working in Soho Post Production houses, Kate joined the operational engineering team at Pearson TV, where she worked on their transmission facilities.

During the early 2000s she freelanced as VT/MCR engineer at Maidstone studios and TX Engineer at CTV in Chiswick Park, and delivered sessional lectures for Ravensbourne in 2005 and 2006.

Kate moved to the North West in 2007 and freelanced as an OB vision engineer, mainly in sporting events but also for live fly-away productions, including the 2012 Olympics for OBS.

In 2013 Kate joined the Broadcast engineering team for Timeline at BT Sport in Stratford.

In 2015 she launched her company Seven Stars Broadcast as an OB vision engineer and later that year as a TRM for The Farm at BBC Sport in Salford.

Since then she has taken Technical Producer/Manager roles for companies such as PLP, BT Sport and Sunset & Vine, as well as regular TRM work for The Farm.

Recently she has been back to work with BT Sport's Studios as well as Production Engineering and Gallery Tech Managing for Discovery/Eurosport at Chiswick Park.