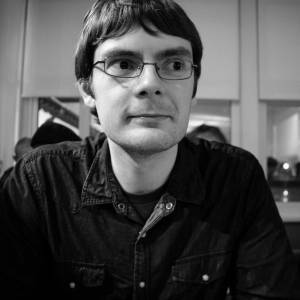 Dr Ryan Shand specialises in interdisciplinary approaches to the study of film and digital media.

He has conducted extensive research into amateur media at archives and libraries in the UK and the USA. Ryan completed his doctoral thesis, titled Amateur Cinema: History, Theory, and Genre (1930-80), at the University of Glasgow.

Previously, Dr Shand held postdoctoral research positions at the University of Liverpool, the University of Glasgow, and the University of the West of Scotland. During this time Ryan was a researcher on the Arts and Humanities Research Council funded projects, Mapping the City in Film: A Geohistorical Analysis and Children and Amateur Media in Scotland.

These projects were collaborations with film and television archives which also featured practice-based research, community screenings, and museum exhibitions. In addition, Ryan has worked in film distribution, academic publishing, and at the British Film Institute.

His article publications have appeared in The Moving Image, Leisure Studies, and the International Journal of Scottish Theatre and Screen. Ryan is also the co-editor of Small-Gauge Storytelling: Discovering the Amateur Fiction Film (2013).