Neil George, Writer, Director and Film Professor at Dong-Ah Institute of Media and Arts (DIMA), near Seoul, South Korea, shares his memories from his time as a postgraduate student at Ravensbourne and explores how film can be used as a vehicle for positive social change.  Neil graduated in 2010 from the MA Broadcast Futures course.

He is currently working on a series of films exploring the refugee crisis around the world. So far the four films produced have screened at over 30 international film festivals and have picked up several awards.

I was interested in the MA Broadcast Futures course because I was working as a producer/director and looking to expand my experience in a more academic field. I was producing a documentary about working in the creative industries and visited Ravensbourne to interview lecturers and students.

I got talking to a couple of the lecturers and everything seemed to fit with my experience. Ravensbourne is obviously very well known in broadcast, so I thought it would be a good place to study. Because I was working, I couldn’t do the course full time, but Ravensbourne had a part-time option which allowed me to continue to work while studying.

It was really interesting to be in an open environment with people from various fields, not just broadcasting. I think that was one of the best parts of doing the MA; talking with people from other areas. It opened my eyes to things I wouldn’t usually consider.

The tutors were very encouraging and would debate ideas with students in a very open way, which I really liked. I was surprised that there were quite a few Korean students studying the MA course. I lived in Korea in 2005/6 so it was really great to chat with them about the country. In 2011 I went back there to work at a media university and have kept in contact with my old classmates. It's always good to catch up about old times!

After graduating from Ravensbourne, I started working on a documentary about the Sewol Ferry Disaster, After the Sewol, in 2016 with another British filmmaker living in Korea. The disaster happened in 2014, so when I started working on the project it was surprising to see how little had been achieved in two years.

So many questions came up, not just about the accident, but about how it was allowed to happen in the first place. This prompted me to dig into Korean history, exploring previous man-made disasters as well as social activism. I completed the film around March 2017, about a month before the ship was finally raised and coincidentally around the same time former President, Park Geun-hye was impeached. It was an incredibly interesting time to be in Korea, seeing candlelit protests with over a million people taking to the streets.

We made a second film, Crossroads, around Christmas 2016. I was very busy finishing off the first film and starting pre-production work on the second film. Because the ferry was raised after I finished After the Sewol, I wanted to work on a film about what happened when the investigation started. Crossroads continued my journey, exploring other areas of the disaster and Korean history.

The journey took us all over Korea, meeting an older generation struggling to create a safer place for their children, and a young, vibrant generation fighting for a corruption-free society. It explores the changing faces of the nation through the eyes of two British filmmakers.

Film as a vehicle for positive social change

The most inspiring thing about working on the films was seeing the Sewol families fighting against an oppressive government who wanted to shut them down. Their attitude and resolve created a solidarity that I believe played one of the most significant parts in the impeachment of the former President Park Geun-hye, who is now sitting in a prison cell after being found guilty of charges of corruption and bribery.

The death of so many children really hit the Korean people and brought the whole country together to stand for justice at a time when it seemed the elite and powerful would prevail. They showed that people standing up for what they believe in really can make a difference, and the fact I got to witness that first hand was incredibly inspiring.

My latest project is a series of films, in association with the UNHCR and SIMA Studios, about refugees. The series of films explores the refugee crisis the world is currently facing. We pay particular attention to the Yemeni refugees who came to South Korea in 2018 seeking asylum, but the last two films will be in Jordan looking at the much larger picture.

The aim of the series is to highlight and raise awareness about the lives of refugees around the world. So far, the four films that have been produced have screened at over 30 international film festivals picking up various awards as well.

The latest film, The Last Memory deals with the death of a young Yemeni Olympic medalist who drowned while trying to swim across the Mediterranean sea in search of freedom. It is highly relevant to what just happened in the English channel. As we are all aware, this is not something new and has been going on for many years, so hopefully, this film as well as others can assist in raising more awareness about the plight of refugees around the world.

I am also currently working as an assistant professor at the Dong-ah Institute of Media and Arts. When I was finishing my MA at Ravensbourne, I happened to visit Korea and was introduced to the university. They invited me to take part in a film camp, and I met a lot of professors who took an interest in my background and the fact I had a good understanding of Korea.

It was luck that they offered me a position as I was finishing my MA. I think the most rewarding thing about the job is watching the students grow and become passionate about what they are doing. I have also been fortunate to see the quality of work improve substantially since I started. It is really rewarding to see as a teacher! 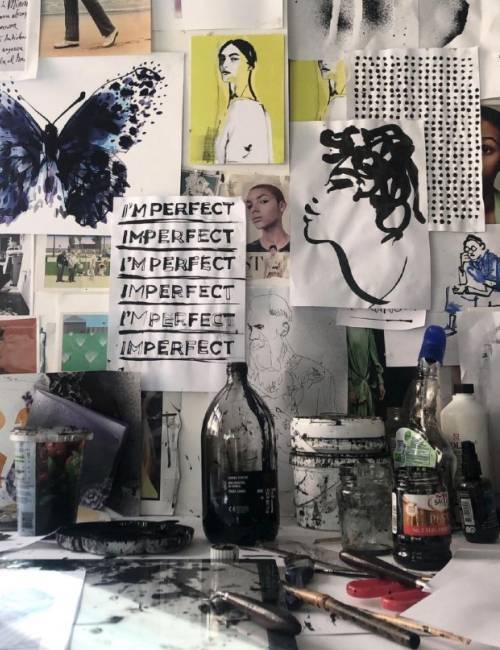 Why illustrator Caroline Tomlinson is 'worn out' with fast fashion 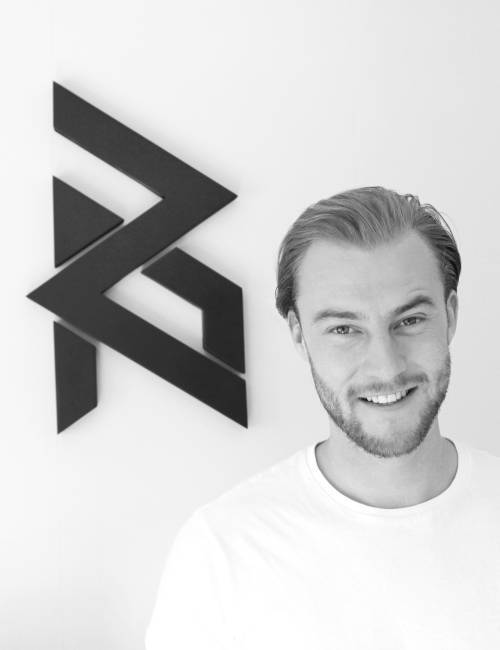