Back in 2019, we caught up with 2016 BA (Hons) Fashion alumnus Eden Loweth and co-founder of gender fluid fashion label, Art School, to ask him all about his inspirations, motivations and recollections of his time at Ravensbourne. Since the interview took place Eden has become the sole creative director of Art School since his ex-partner Tom Barratt parted ways from the label earlier in 2020.

Thanks for chatting with us Eden. Firstly, where did you grow up?

I grew up in the Norfolk countryside. I had a bit of an alternative upbringing because I was homeschooled for most of my life by my mum on a farm in the middle of nowhere. When I moved to university, it was the first time I’d been around anyone my own age or been exposed to modern culture. We didn’t have a TV, didn’t have the internet – I didn’t have my own laptop until I came to Ravensbourne. It was quite a big shock!

What made you apply to Ravensbourne and specifically the BA (Hons) Fashion course?

I wanted somewhere that didn’t feel too terrifying for me. At that point I’d never even been to a major city. Ravensbourne felt like quite a welcoming place that I could really get to grips with and I loved the area – I think there’s something quite special about it. It was an overall feeling of it being right. I trust my instincts and it proved to be a good decision.

When I knew I wanted to go to university, the tutors at Ravensbourne really gave me a chance because I didn’t come from a traditional background with traditional qualifications. But I felt like they appreciated what I was showing them, and they weren’t just putting me there for the sake of it.

I knew I wanted to do something in the arts. My father was an architect and I grew up around his legacy. He passed away when I was two, so there was quite a lot of pressure to do something along those lines. It just happened really naturally. I don’t know what made me really want to do it, I just knew that it was the right thing for me.

Which experiences during your time at Ravensbourne do you think have been most important in developing your career?

I knew Ravensbourne had a lot of connections with industry, particularly by providing work placements. Gurmit, the course leader, was always very determined that we should look into internships.

Within a month of being [at Ravensbourne], I already had a placement with Giles Deacon, which was a big shock. It was quite an intense time there but it taught me a lot. I had a placement with Claire Barrow and then interned for Grace Wales Bonner, both of whom had done Fashion East. I was with Grace for two and a half years, becoming her studio manager in my final year at Ravensbourne. While I was working for her label, Wales Bonner, she won an LVMH prize twice.

At what point did you confirm your place at Fashion East and how have they supported your development?

I heard about Fashion East (a not-for-profit organisation set up by Lulu Kennedy) through working with Grace – it has been one of the most important initiatives in London for the last 20 years. Every designer that’s at a major house now or that’s in my position has come through it.

Someone asked me if I was going to apply for it and it was like a big epiphany moment. I told Gurmit that I don't think any of us thought I had a hope in hell of getting it because there are only three spaces and two designers were already in the programme. It was a very intense six months of working on my graduate collection, starting the new collection and showing it [on the runway]. Then within four months of that, we did a second show. It was really, really fast paced. Gurmit was really supportive…It was really important to me, having him there at that time.

Tell us a little bit about Art School, how the project came together and some of your proudest achievements to date...

Art School started when I met my [former] partner, Tom Barratt, at a book launch in my first year. We didn’t notice the effect we were having [on the industry] until we did a presentation with Fashion East, which got a big press response. We were showing as part of men’s even though what we were producing is traditionally seen as feminine clothing. The first catwalk collection received a really heavy backlash from the media; that at the time was really hard to process but it made us realise how much of an impact we could have [with our clothing]. By the time it got to our final Fashion East show, we were nominated for a fashion award, so the tables were completely flipped and now we’ve become part of the infrastructure.

Do you see yourself as a disruptor in the fashion industry and if so, what are the areas you feel need disrupting?

I’m a big believer that anger and protest doesn’t really get you anywhere in fashion. It’s better to make a change from within than try and scream and shout from the outside because you’ll never get any important messages across that way. That’s why real conversations about gender haven’t really been pushed because people have been so on the outskirts that people think it’s a joke.

I’m working with the Houses of Parliament on a bill to make non-binary recognised as a gender – it’s always something that has been within my mindset; I go back and forth in terms of my gender identity. It was a strange journey for me because I didn’t even realise I was gay until I moved to London to come to Ravensbourne. If I can do anything to make real change for real people that aren’t in my fashion bubble then I’m going to do it.

Wellbeing series: Is there such thing as the perfect routine? 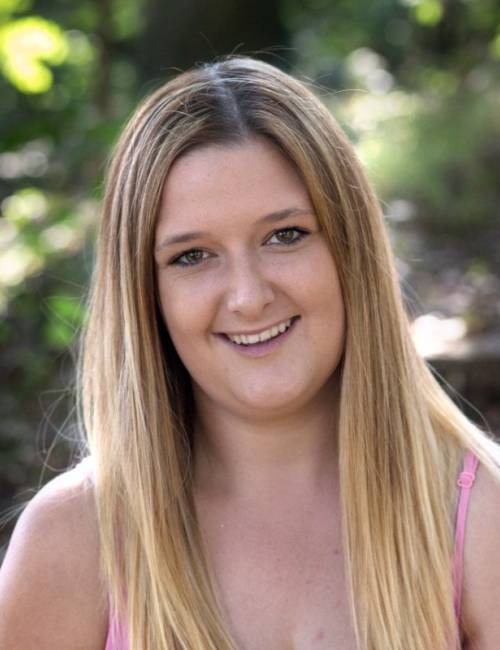